HOME OF THE MOUNTAINEERS 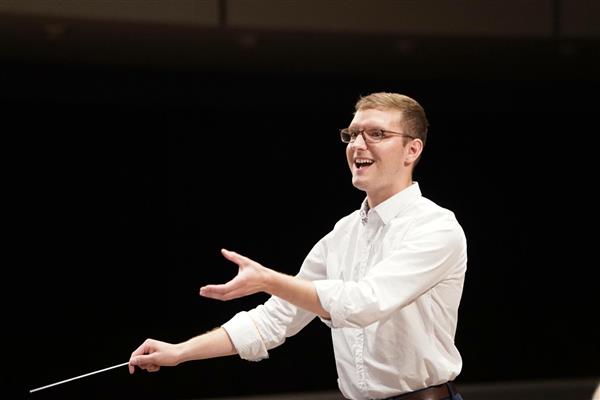 Joshua Oldham serves as the Director of Bands, pit orchestra conductor, and teaches Elementary and Middle School General Music here at Berlin Brothersvalley. A native of Bedford, PA; Mr. Oldham is a graduate of Bedford High School and of West Chester University with a BM in Music Education. He also maintains a studio of private students and has performed with the Westmoreland County Community College Band and Orchestra. He is a member of the the Somerset County Community Band, the Westmoreland Symphony's Summer Philharmonic Orchestra, and the Westmoreland Symphonic Winds (a wind ensemble in residence at Seton Hill University), and the Seton Hill Sinfonia. As well, he works as the drill designer for the Somerset Area High School Marching Band and as an instructor with the Thiel College Marching Tomcat Pride.

While at WCU, Mr. Oldham performed with multiple bands, orchestras, chamber groups, and choirs. He spent three seasons as a member and saxophone section leader of the West Chester University Incomparable Golden Rams Marching Band, played principal bassoon with the WCU Wind Ensemble, and traveled on a performance tour throughout Italy with the WCU Chamber Winds Ensemble. He also served two terms as the President of the WCU National Association for Music Education Collegiate Chapter and one as the Collegiate Representative to the PA Music Educators Association District 12 Executive Board. Additionally, he spent several years teaching music lessons to students at a community center in West Chester.

Mr. Oldham has also studied under renowed American and Hungarian music educators as he completed his Level I Kodaly Methodology training at the Kodaly Institute at Capital University in Columbus, OH. Here he completed course work in Conducting, Musicianship, Kodaly Methodology, and Folk Song Research. He sang in the tenor section of the institute's choir.

As a conductor, Mr. Oldham has had the opportunity to study with esteemed guest clinicians at a multitude of conducting workshops and symposia, including the University of Illinois Champaign-Urbana, University of North Carolina Greesnboro, University of Colorado Boulder, Shenandoah University, and the University of Minnesota. He is proud to live here in Berlin and enjoys reading and running during his free time. Go Mountaineers!

        
Equity In Education: This school district is an equal opportunity education institution and will not discriminate on the basis of race, color, national origin, sex or handicap in its activities, programs, or employment practices as required by Title VI, Title IX, and Section 504. For information regarding civil rights, grievance procedures, or accessibility and use of the building by handicapped persons, contact Dr. David F. Reeder, Superintendent at 1025 Main Street, Berlin, PA 15530 (814) 267-4621.
Copyright © 2002-2022 Blackboard, Inc. All rights reserved.